What is Cultural/Historical Geography?

Cultural and historical geography are two subdivisions within geography. Cultural geographers study the relationship between space and place to show how factors like values, ideals, language, religion, government, and economy vary spatially. Historical geographers examine past events to study how humans interact with their environment in past times and over time leading to the present.  ​

The city of Syracuse still maintains its own rich cultural and historical geography, as it once served as a center for innovation diffusion.  As local industries made innovations in the production process and came up with new inventions and products to sell, they marketed them to the world.  The things they came up with thus spread from Syracuse to other places, allowing people to incorporate them to different aspects of their lives.  How does this relate to geography you ask?  The creation of all the historical inventions detailed below have changed cultures and ways of life, world-wide.  They have become platforms of progress and cultural development.

Below, you’ll find an amazing map that shows the amount of land that was used by industry in 1940.  Some of that land is still used for industrial purposes, but a lot of it has shifted to new uses:  recreation, retail, and residential.  One of the challenges of revitalizing these properties, however, is making them safe for re-use.  Industries in the past often used toxic chemicals and the residues have remained in local soils.  This is typical of many cities throughout the northeastern United States and inventing new ways of reclaiming land like this is a component of two other aspects of geography taught at SU:  geographies of nature and society and physical geography.

Below the map, you’ll also discover what was actually invented in Syracuse.  It is a pretty amazing list! 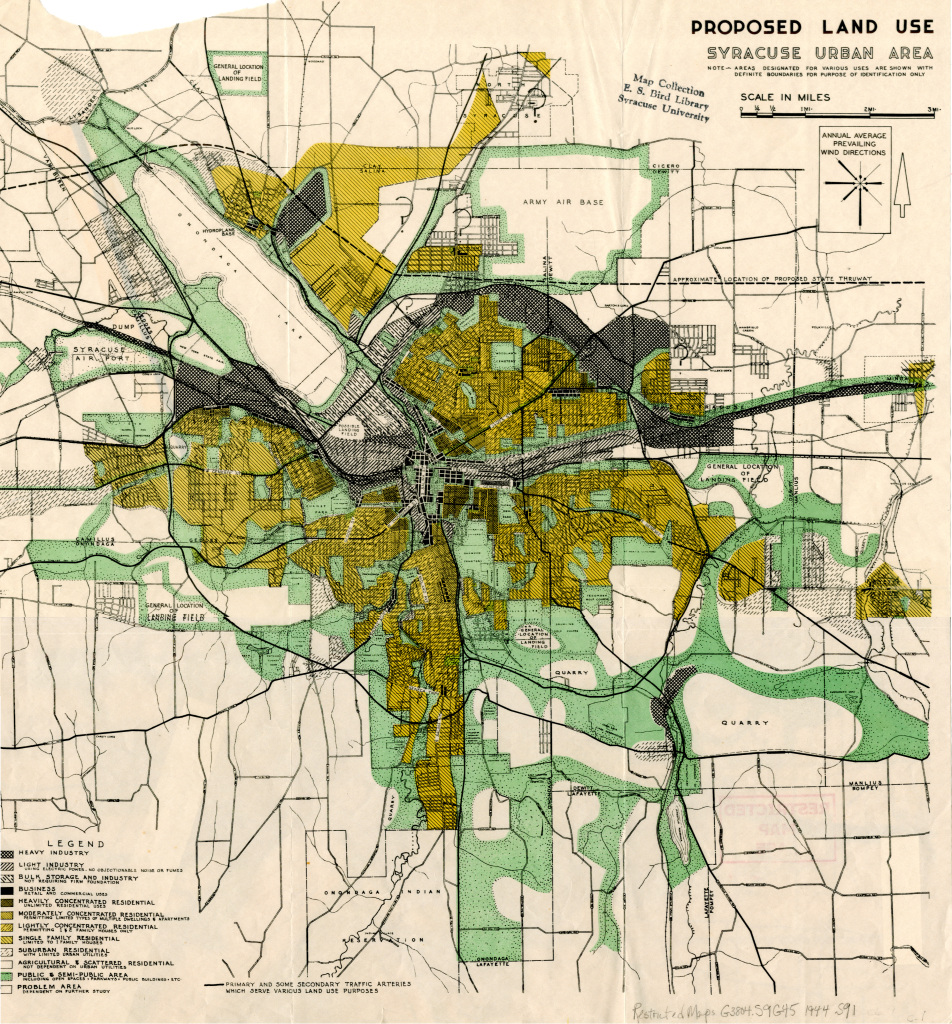 This 1944 land use map of Syracuse shows the height of industry in the city. The light and darker gray areas represent light and heavy industry. Map courtesy of the Syracuse University library. 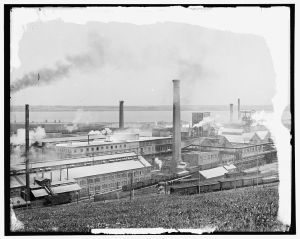 “The Cradle of Industry”

From the late 19th century to the 1960’s a multitude of industries found their place in the landscape of  Syracuse. The Industrial Revolution spurred a financial boom that benefited the city. Its location alongside the Erie Canal and major railroad lines connecting the Great Lakes to the Atlantic provided a major incentive for productive capitalists to invest in Syracuse’s industries. Their firms ended up creating  many inventions society still uses today. Take a look at some of the products invented within the city—some may surprise you! 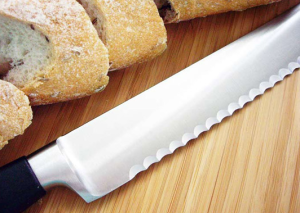 Joseph E. Burns, a Syracuse resident, invented the serrated bread knife in 1919. Anyone who has dined on Pastabilities’ famous bread and spicy tomato oil can attest to the importance of this device. His grooved blade improved the lives of bakers and kitchen connoisseurs worldwide by making it easier to slice bread without squishing it. Burns then went on to patent a sharpening device for edged blades in 1940. 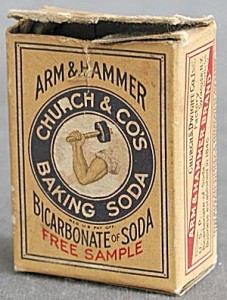 If you’ve ever wanted to get a tough stain out of your favorite shirt, gently clean and deodorize your home, or more “naturally” whiten your teeth, you’ve probably used baking soda—and chances are it was of the Arm & Hammer variety. Baking soda (also known as soda ash or sodium carbonate) had been imported from Europe to the U.S. until William B. Cogswell conjured the idea of a  domestic production facility, and his production location of choice?–Solvay, NY. Cogswell’s facility grew into the well-known Solvay Processing Plant. The Church and Dwight Company, manufacturers of baking soda products, established  a large production facility nearby in the 1860’s, using Solvay Plant materials in production of one of the most ubiquitous American  household items. 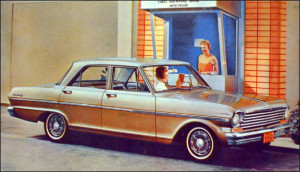 In 1949 Merchants National Bank and Trust Company created the first “drive-in bank.” However, there was one teller’s window on the Erie Canal towpath in 1870! In the present day, it’s now a norm for banks and fast-food restaurants to have drive-ins across the United States. The development of  the drive-thru reflects the growing consumerist culture that began at the end of World War II, as continued capitalist accumulation requires constant speed-ups in production and consumption. 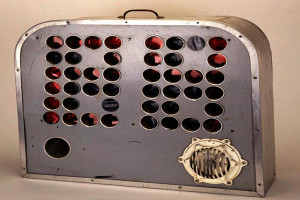 Basketball Hall of Fame / Via soletron.com

If you thought Syracuse is only known for their collegiate sports, you are mistaken! Syracuse used to have a professional basketball team back in the day. The Syracuse Nationals, who later became the Philadelphia 76ers, won the NBA championship the same year the owner of team introduced the shot clock (1954-1955). Danny Biasone first used the shot clock in an exhibition game in 1954. He then convinced the NBA to start using it in the same year. The development of the shot clock really saved the sport of basketball, making the game more fast paced and exciting.

According to the Cambridge Historical Society, “In terms of public health, penicillin is pretty much the best thing since sliced bread.” Penicillin is the most well-known and widely used antibiotic in the world. First acknowledged for its antibiotic properties by bacteriologist Alexander Fleming in 1928, it was quickly dubbed a “miracle drug,” as it could cure infections and diseases that had previously confounded doctors. However, its use often resulted in negative side effects and allergy reactions. So, in 1948, at Bristol Laboratories in Syracuse, Frank Buckwalter, H. Leo Dickinson, and Amel Menotti developed the first synthetic penicillin, believed to be more effective and safer than previous versions. Synthetic Penicillin’s effectiveness has made it a common household product—it even became a medical staple for the U.S. Armed Forces after its manufacturing.

Other Important Inventions Originating in the ‘Cuse: